TypeScript is an amazing language. It makes working with JavaScript just so much easier, at least for me. To be honest, I never really understood or even liked JavaScript. It was a mystery for me, how you can use it to write large applications. But when TypeScript came out - wow, so amazing, almost like C# or Java. During the years, I've of course came to terms with JavaScript, and a solid understanding is necessary, to understand the behavior of TypeScript, just like understanding assembly helps you write better C code.

For me, the biggest advantage of TypeScript and its type system comes in play, when you need to use a new library. With JavaScript you'd have to sit there with the documentation opened and always check, what kind of methods do exist on the object, how can you call them, ... With TypeScript, it's all in your code. You can explore the library right from your code, with the help of context aware auto completion. This works also with JavaScript libraries, thanks to TypeScript Definition Files and tsd. You can find definition files for around thousand different libraries already on GitHub and install them via tsd.

But what if the library, you are looking for, doesn't have a definition file yet? Well you can report a request and hope that somebody will do it for you, or - you could just do it yourself. OpenSource doesn't just mean to use everybody's tools for free. It also means to contribute to them and make them better for yourself as well as the community. But it's scary. - The first time I thought about writing a definition file myself, it really looked scary and it probably still is for large frameworks. Luckily, most of the large frameworks already have definition files. It's the small extensions and plug-ins, which are missing it. And writing those is actually really simple. Today, we will write together the definition file for a plug-in for leaflet, a web mapping library, called leaflet-draw. Leaflet already has definition files, which will make our task easier, as we can always check, how things are defined in the base library.

Before we start, there are few things, which are TypeScript specific, and you should know.

Write your own TypeScript Definition File for leaflet-draw

When you are planning on contributing the files back to DefinitelyTyped, as I hope you are, you should start by reading their contribution guide. It's very short and will make it easier for you, to get your pull request merged.

Get to know the library

The first thing we need to do, is getting to know the library. Hopefully the library for which you want to create a definition file has a comprehensive API documentation or anything similar. The documentation for leaflet-draw can be found directly in the README.md. In the first section, Using the plugin, we see a practical example. Let's first go back to the leaflet definition file, to see, which parts are already defined there, and which parts need to be defined by us.

seems to work without problems. But if we rewrite it slightly, we get to see the first error:

In case your sample code didn't compile properly either, don't forget to add the reference tag to point at leaflet.d.ts or typings/tsd.d.ts;

Fixing the first error, getting started

The next part is to create a matching module L, so TypeScript would merge them together, like this

If you wonder, why declare, well TypeScript complains otherwise:

A declare modifier is required for a top level declaration in a .d.ts file.

Inside the module, we can now define the interface, with the additional property drawControl, make sure the property is optional.

If you are referencing leaflet-draw.d.ts inside your test file, the modified example should now work. Let's try the next example from the page.

2nd example, what else is missing?

The second example already reports errors right away. In case you didn't replace the old code, remove var from var map, to not declare it a second time.

OK, now we have to check, how L.Control is defined in leaflet.d.ts.

You see, the name Control is used for 3 different things:

Our definition of L.Control.Draw will consist of 2 parts.

Back to our declare module L in leaflet-draw.d.ts, add the following code at the bottom:

Yeah, unlike the other option types in leaflet's Control module, ours isn't just called DrawOptions, because you see, the term is reserved by the library. Anyway, we still need to define those interfaces inside our Control module:

What about the current error? map.addControl is complaining, that Draw isn't of type IControl. That one can be fixed easily, just modify the interface definition to extend IControl

great, we are without errors, but if we'd rewrite the code similarly, like we did with the first example, it would complain again, that IDrawConstructorOptions is missing edit. Let's not do it, let's instead create all the necessary properties and types based on the documentation. First we have to define IDrawConstructorOptions, based on the documentation and don't hesitate copying the description into comments and generally providing as much information to people who will be using your definition file, as possible, in order to make their life easier.

edit is slightly strange, as it says default is false. What is actually meant, is that the field is required. You'll understand it when reading through the documentation, edit has a property itself which is mandatory and must be defined in order for the plug-in to work. The property featureGroup in EditOptions:

This is the FeatureGroup that stores all editable shapes. THIS IS REQUIRED FOR THE EDIT TOOLBAR TO WORK

Now DrawOptions and EditOptions are missing. Those are just additional interfaces in our module. For the sake of keeping this post short, I won't add comments to all those properties, but always keep in mind, you'd love to read those comments directly inside the IDE and not search for them somewhere on-line, so give yourself a treat and put them there, it's just a copy & paste. Next two interfaces:

As you can see, some of the types already exist. PolylineOptions and MarkerOptions are already defined inside the module L, but with different properties, as we'd want them to be. As I see it, we have 2 options.

Generally you should be careful with modules, when it comes to functions or variables, as those need to have exactly the same path from outside, as they have in the JavaScript library, but for interfaces it matters less, so I vote for an extra module. Let's create the module DrawOptions inside the module L at the bottom of this file. This is the module where we'll define PolylineOptions, PolygonOptions and all the other types, which are missing. Prepend all types of properties, in the previously defined interfaces with DrawOptions.. All, except FeatureGroup of course, as that one clearly should be referencing the Leaflet FeatureGroup. But also with FeatureGroup something is wrong, we need to define a generic type. As we don't want to restrict it too much, let's just take the already restricted generic type, ILayer. The new interfaces should look like this:

As you can see, the tiring thing about writing those definition files, is that you are always missing more and more types, until it tips. I promise, this will end soon ;)

Let's define the next types within our new module DrawOptions. Again, simply from top to bottom, based on the documentation, and don't forget to add comments.

Let's have a short break here, with few comments from my side:

Polygon options include all of the Polyline options plus the option to show the approximate area.

Great, we're done with the interface DrawOptions. Before we move on to EditOptions, you might have noticed, RectangleOptions and CircleOptions share both exactly the same properties, so yes, we could create an interfaces ShapeOptions with the two properties and afterwards extend this interface. Maybe it's a good idea, maybe not, one would need to know the API and other modules which interact with it, to understand it better. For now I'll let it be, as it is, since this is also how it is defined within the documentation. But for future changes, or other libraries, you definitely can create base interfaces in order to not copy & paste code, but use OO patterns instead.

As you see, we didn't get any additional interfaces to define, so we are almost there. Now let's deal with the EditOptions

And this is where we come to a slight bummer - DeleteHandlerOptions is not defined in the documentation. At such situations you have some possible choices:

Great, seems like we are finished. Let's test it out with the large sample code at the bottom of the page. I've added some TypeScript types to it, to make sure our definition files work properly, and here we go:

As you can see, everything works, except the function parameter e. Now we could define e as any and it the compiler would stop complaining, but we've come so far, let's go the last steps and help everybody, who's going to use this library in TypeScript later on.

The plug-in, for which we are writing the definition file, leaflet-draw is also throwing events. Events are registered with a simple string, so it's not possible to know for us, which event will call which function signature. But we can provide parameter types for all the events, and let the developer use them later on. For this, we can add a new module inside Leaflet's L module, let's call it DrawEvents. In this module we can define the interfaces for all different event parameters. As before, I'm skipping the comments, but you should add them.

And now we update the previous example code, to use the newly created interface. Out of

We still need to check strings and cast variables, but I think it is better to understand the library now. You can see the final code, to compare, here: https://gist.github.com/pgrm/2b9e25ebe3a53188135d#file-leaflet-draw-d-ts

We've now created a definition file for leaflet-draw. It might have not been very easy, but in my experience, having a definition file is worth the time, in order to have a clearer structure and better checks later on in the code. The only time, I don't write definition files is for express middlewares, which only contain few options and are defined only once in my whole application. Everything else gets messy, confusing and when you have co-workers, which don't know the library in question by heart, like you might do, they'll thank you a lot for a definition file.

So now, follow up the contribution guide and send a pull request, to share your definition file, with everyone else. 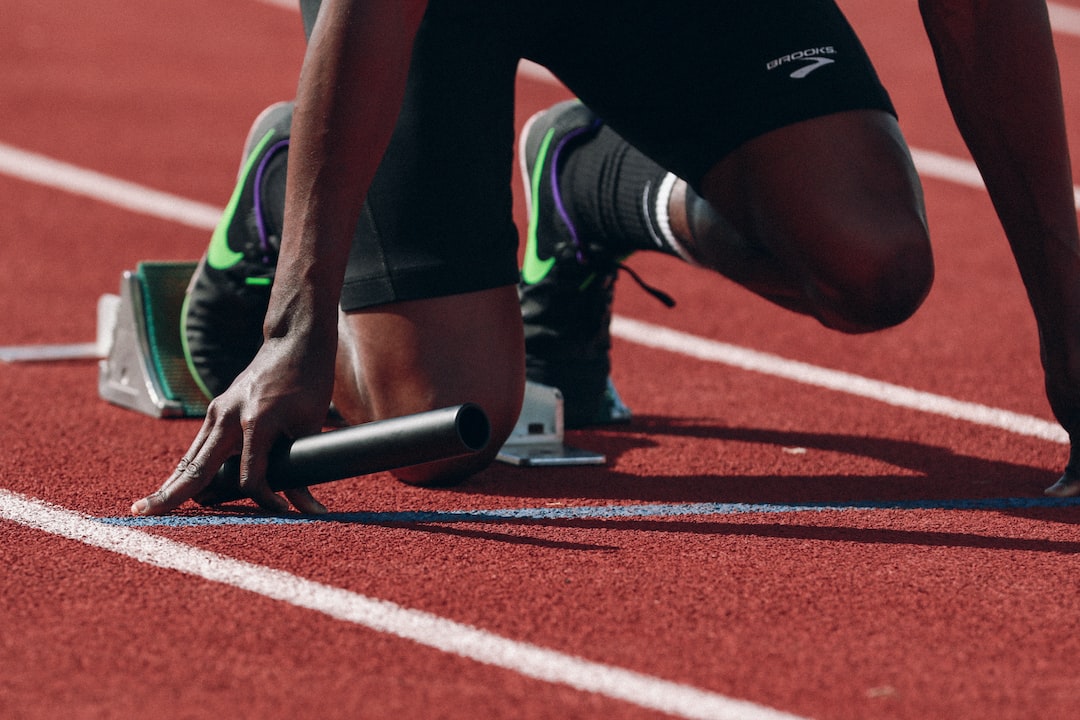 Almost a year ago, I wrote an introductory article about developing server and client applications in TypeScript - TypeScript Development in Practice. A lot of things have changed since then 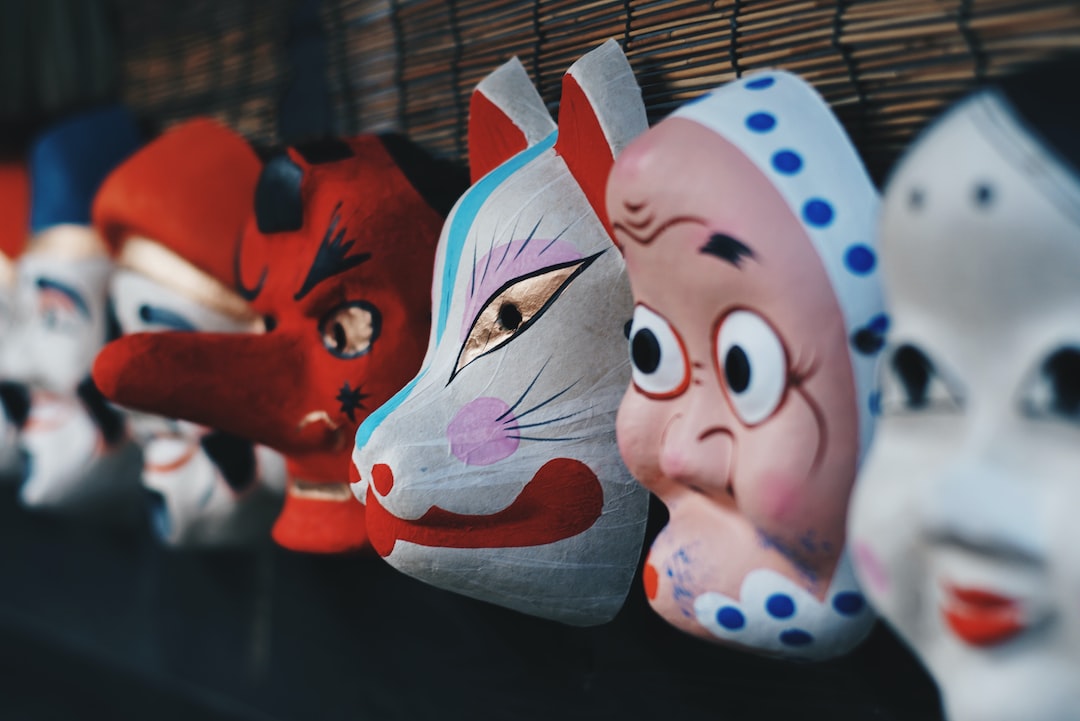 My girlfriend is learning Meteor as she already has some knowledge in AngularJS and I personally think TypeScript would make her life easier (eventually) I suggested her, to follow the